Each section of the Accents PowerPoint has practices immediately after the explanation for checking for understanding, guided practice and closure activities which can be used as competitions. Answers are included in all activities. Students internalize the rules by pronouncing common words as they would be pronounced without accents.

What Buyers have said:
~”A very thorough presentation! My students used to get so confused, but this helped so much!”
~”Your products never disappoint! Such a thorough lesson. Everything I need and so much better than teaching it from the book. Thank you!” 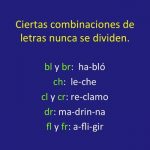 This 86-slide PowerPoint Spanish Accents La acentuación PowerPoint, TPR Story and Printables explains the following:
~the rules for accents and pronunciation
~the rules for the division of syllables including “diptongos, triptongos”, strong and weak vowels
~combinations of letters that are never divided
~acentos diacr­íticos (for example, the difference between “sólo”and “solo”, “tú” and “tu”)
~ “palabras llanas, agudas, esdrújulas and sobresdrújulas”.

At the end of this section of the Accents PowerPoint is a cute story using most of the differentiated accents illustrated with photographs.

Each section of the Accents PowerPoint has practices immediately after the explanation for checking for understanding, guided practice and closure activities which can be used as competitions. Answers are included in all activities. Students internalize the rules by pronouncing common words as they would be pronounced without accents. They say where the emphasis is in each word and why.

Word documents include:
~Test on all accents, orthographic and diacritic
~A dialogue in which students must write in accents according to the pronunciation they hear
~Instructions for a story which students must write in which they include words with “acentos diacríticos” and words without (For example: esta vs. ésta)
~model story with “acentos diacríticos”
~A practice activity in which students translate the sentences based on the accents and put in the accents based on the meaning.
~Student Handout: “La división silábica; las reglas de la acentuación; las palabras agudas, llanas, esdrújulas, sobresdrújulas; los acentos diacríticos”
~”I can” goal statements for students evaluation

This product is included in the following lesson plans and money-saving bundle: Spanish Accents PowerPoint and Printables

YOU WILL NEED MICROSOFT OFFICE 2002 or later in order to open the password-protected PowerPoint.