Do you feel confident about teaching AP Spanish Language and Culture?  I didn’t the first time.  Or the second time.  I wish I had had the resources and some helpful tips to make the ride less bumpy. 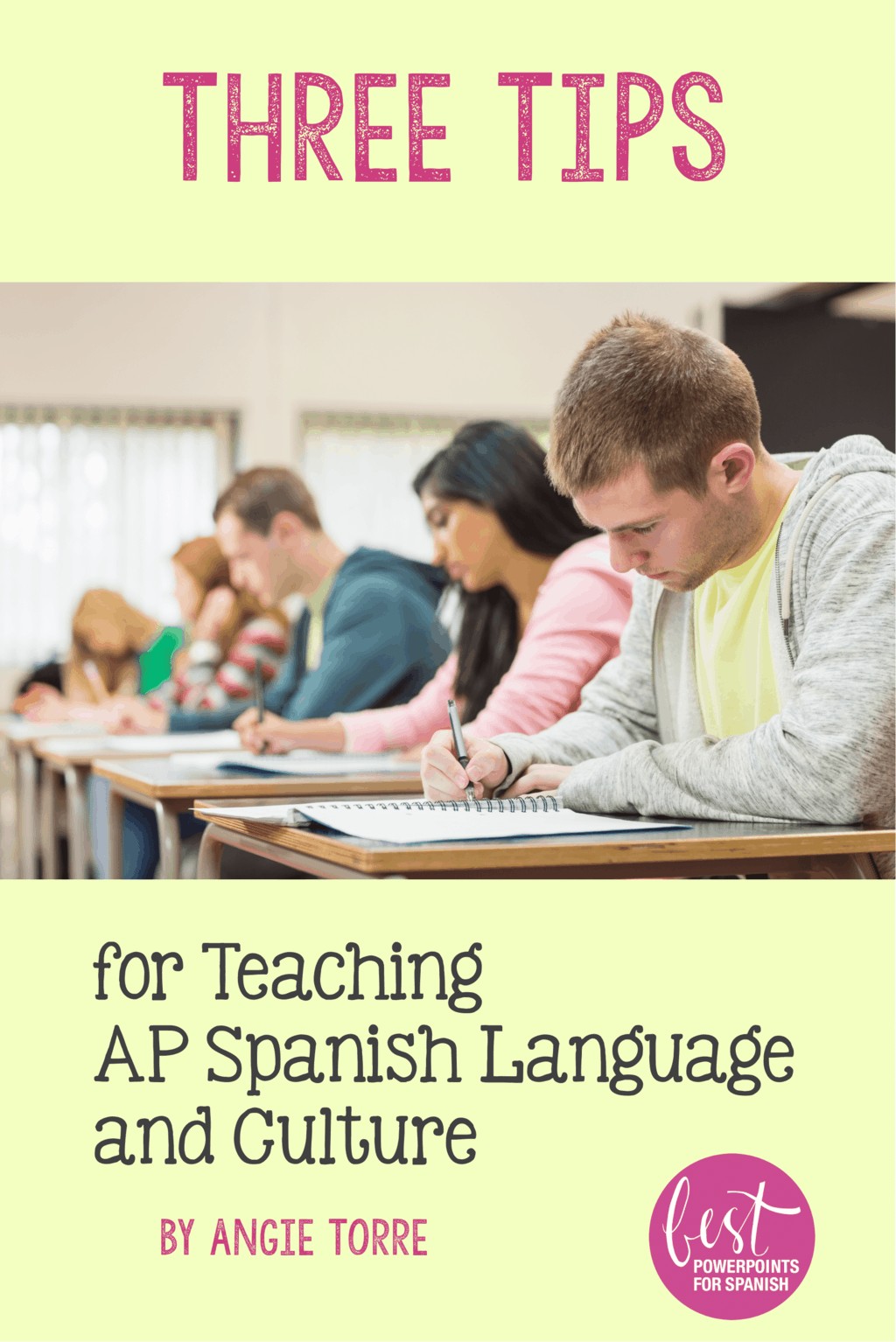 When the College Board overhauled the AP Spanish Language and Culture Exam I had just spent a year working 12-hour days to create what I thought were awesome resources for AP Spanish.  I was NOT happy.

So, I began searching the internet for AP Spanish materials.  I was not going to do that all over again.  Alas, no such materials revealed themselves and I was back to square one.  One more year of 12-hour days.

Now the good news:  I have done all the work for you.  Why should you kill yourself while your colleagues who teach the lower levels go home at 3:00, leaving you to correct essays for two hours a day?  Only to leave an unfinished stack on your desk as, rubbing your throbbing temples, you haul your backpack out the door.

My AP Spanish Lesson Plans and Curriculum for an Entire Year  are kid-tested:  During the five years that I taught AP Spanish, all my students passed except one, and most of my students are non-Spanish speakers.  Also, all my students who skipped Spanish Four entirely, going straight from Spanish Three to AP Spanish passed the test, and with less time to prepare than students on a regular schedule, only 3.5 months on the block.

More good news:  most schools will pay for this curriculum when they realize that it will help students succeed on the AP Spanish Test and may boost the school’s AP Scores.  Ask your school to pay for the AP Lesson Plans and Curriculum for an Entire Year and then sit back because all you have to do is correct papers.  No prep work for you!

Here are some sample PowerPoints from the curriculum

Click on the image below
to get the FREE PowerPoint.

Want to know more about the new AP Spanish Lesson Plans and Curriculum based on the updated versions of Vista Higher Learning AP Spanish Language and Culture Test Prep booklet and Temas? Click to watch the video below.

These lesson plans do everything for you.  All you have to do is teach, correct, and go home. But don’t take my word for it. Listen to what a consumer has to say about them. Dowler Wheat talks about her how the lessons helped her in the video  below.